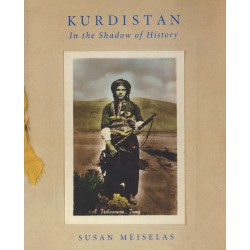 Kurdistan - In the Shadow... 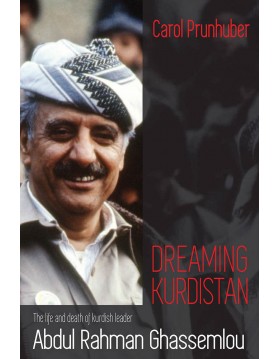 The Life and Death of...

<div class="a-section a-spacing-small a-padding-base"> <h3>Review</h3> <div class="a-section a-spacing-small a-padding-small">“Carol Prunhuber has written a fast-paced, stirring account of Iran’s treacherous assassination, in July 1989, of the charismatic Iranian Kurdish leader Abdul Rahman Ghassemlou in Vienna while he was trying to negotiate peace. Her investigative journalism reveals all we know of this tragic event and is highly recommended reading.”―Michael Gunter, Professor of Political Science, Tennessee Technological University<br /><br />“Carol Prunhuber’s invaluable firsthand evaluation of Abdul Rahman Ghassemlou makes clear why he was the preeminent Kurdish leader of his era. Carol Prunhuber, who knew Ghassemlou in Kurdistan and in Paris, faithfully honored his request that she write his biography, which today illustrates his prescience about the Kurds’ fate―and why the ayatollahs assassinated him in 1989.”―Jonathan Randal, former Washington Post correspondent and author of After Such Knowledge What Forgiveness? My Encounters with Kurdistan<br /><br />“Carol Prunhuber, with links to the Kurdish world since the early 1980s, knew Dr. Ghassemlou and spent time in the mountains with his guerrillas. Her biography is an impassioned, meticulously documented investigation that vividly evokes the enthralling life and final days of this incomparable Kurdish leader. This book, which reads like a novel, is indispensable for all those who are concerned about Iran or intrigued by the Kurds.”―Kendal Nezan, President, Kurdish Institute of Paris</div> </div>
Prix 50,00 € 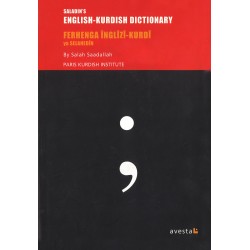 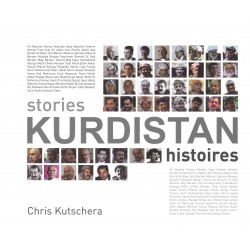 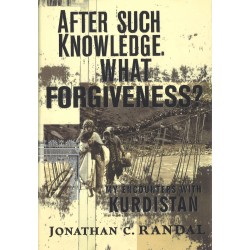 After Such Knowledge, What...

<p style="text-align:justify;"><strong>After such Knowleoge. What Forgiveness ?</strong><br />My encounters with Kurdistan<br /><br />This highly readable book, filled with colorful detail and personal anecdote, concerns the Kurds, the least known of the major peoples of the Middle East. Mr. Randal has spent more than a decade moving among them and inquiring into their affairs, and he gives us a valuable firsthand account of the battle they have waged against all of those (including fellow Kurds) who have tried to rule them. indomitable warriors, the Kurdish tribesmen have always lost at the peace conference whatever they win on the battlefield, but they never give up. Mr. Randal has a fascinating tale to tell, and nobody has told it better than be does here.</p> <p align="right"><strong>David FROMKIN</strong></p>
Prix 15,00 € 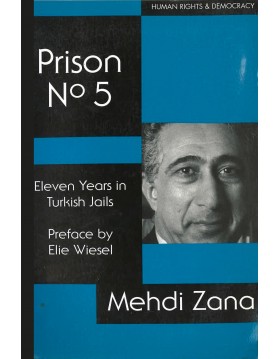 <p align="justify">A prominent figure in the Kurdish community, former mayor of Diyarbakir—principal Kurdish town in Turkey, Mehdi Zana has always pursued a conciliatory approach to the resolution of the Kurdish question. In a statement to the European Parliament in 1992 he said, "Like all the Kurds sentenced for the 'crime of separatism' I have been stripped of my political rights for life ... I should, perhaps, make it clear that while I continue to campaign peacefully for the recognition of the rights of the 15 million (Kurds living in Turkey, I am riot port of any party or movement." This is his account of the dreadful terror of prison life with o preface by Elie Wiesel and a postscript by <strong>Kendal Nezan</strong>.</p> <p align="justify">Overwhelming on o political scale and humanly intolerable, this desperate and appalling testimony of the Kurdish leader Mehdi Zana is especially so when it discusses the recent history of the 1970s and the 1980s... Solitary confinement, guards insults, the obligation ro solute the captains dog, the bearings, the sleep deprivation, the falaka, the fainting, the trampling, the electrodes attached to genitals, German shepherds trollied ro bite the private ports of naked prisoners. How does one understand? How can we explain the institutionalization of these brutalities, this humiliation, this dehumanization?  <strong>Elie Wiesel</strong></p> <p align="justify">After serving eleven years in the notorious military prison in Diyarbakir, Mehdi Zana was released in 1991 following a conditional amnesty, only ro be sentenced again in 1994 to four more years and in 1997 ro ten more months of imprisonment for his testimony to the European Parliament Human Rights Sub-Committee and for publishing a poetry book, respectively. Mehdi Zana's wife, Leyla Zana-a Noble Peace Prize candidate and winner of Sakharov Prize for Freedom—is one of the six Kurdish deputies in Turkey who were charged with "separatism," stripped of their parliamentary immunity, and arrested in March 1994. She is currently serving a 15-year prison sentence in Ankara Prison. </p>
Prix 15,00 € 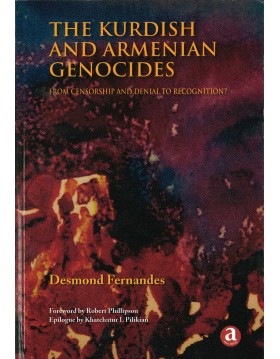 The Kurdish and Armenian...

<p>Turkey's repression of the Kurds has been widely documented - and is acknowledged as a major obstade to Turkey's accession to the European Union. But what lies behind such repression? Fernandes confronts the issue head on, forcing the reader to probe a question that many in Turkey and elsewhere would rather avoid: does the systematic repression of the Kurds amount to genocide? Open discussion of this issue is critical if a long-term resolution of the Kurdish issue is to be achieved - Nicholas Hildyard, Policy Analyst.</p> <p>Tue book is an exceptionally important read for anyone with a broad interest in human rights and social justice. lt has a scholarly account of the historical background to the present awful situation ofT urkish Armenians and T urkish Kurds. In particular, the book provides a powerful comparative analysis of the policies of the US, Israel and Turkey in terms of their rationale for labelling human atrocities as genocide - Dr. Julia Kathleen Davidson, Research Fellow, Faculty of Education, University of Glasgow and Membership Secretary of Scotland Against Criminalising communities (SACC).</p> <p>In this important book, Desmond Fernandes exposes ehe details of the sordid and largely hidden role of Israel and the US Israel Lobby in preventing Congress from recognizing the Turkish genocide of the Armenians - Jeff Blankfort, Former Editor, Middk Bast Labour Bul.ktin.</p> <p>Among its Cold War victories the United States certainly succeeded in its ambition to make the world safe for nationalism. As identity politics is reprocessed as a function of global capital, and rehabilitated as its natural ally, Desmond Fernandes documents the fractured consequences of the ready-made social fantasy - Variant: Cross Currents in Culture.</p> <p>Fernandes' painstaking investigation sheds much needed light on the collusion between the Turkish State and the Israel lobby in preventing recognition of one of the darkest episodes of the past century, the genocide of Ottoman Turkey's ethnic Armenians - Muhammad ldrees Ahmad, Spinw,itch.</p> <p><br />Desmond Fernandes writes for those who spoke the truth and were murdered, those who spoke 200 days ago and are still imprisoned, and for those who live in terror and in silence, or who meet in nameless buildings, so that the words 'GENOCIDE: ethnic deansing, or the Turkish military word 'TEMIZLEME: may be heard as a siren call for the muted victims of the T urkish state - Diamanda Galas, Composer and Performer of Songs of Exik, Vena Cava, Schrei X, Plague Mass and Defixiones, Will And Test11ment.</p> <p>Desmond Fernandes is a policy analyst and former Senior Lecturer in Human Geography and Genocide Studies at De Montfort University, England. He has published widely in a number of journals and is co-author of Genozid an den Kurden in der Türkei? - Verfolgung, Krieg und Zerstörung der ethnischen Identität (2001, Medico International, Frankfurt). Forthcoming titles by the author indude The Kurdish Genocide in Turkey and US, UK, German, Israeli and NATO 'Inspired' Psychological Warfare Operations against the 'Kurdish Threat' in Turkey and Northern Iraq, due to be published by Apec Press, Stockholm. Front cover: 'Dersini by Gabriella Petra de Rosa.</p>
Prix 20,00 €
Retour en haut 