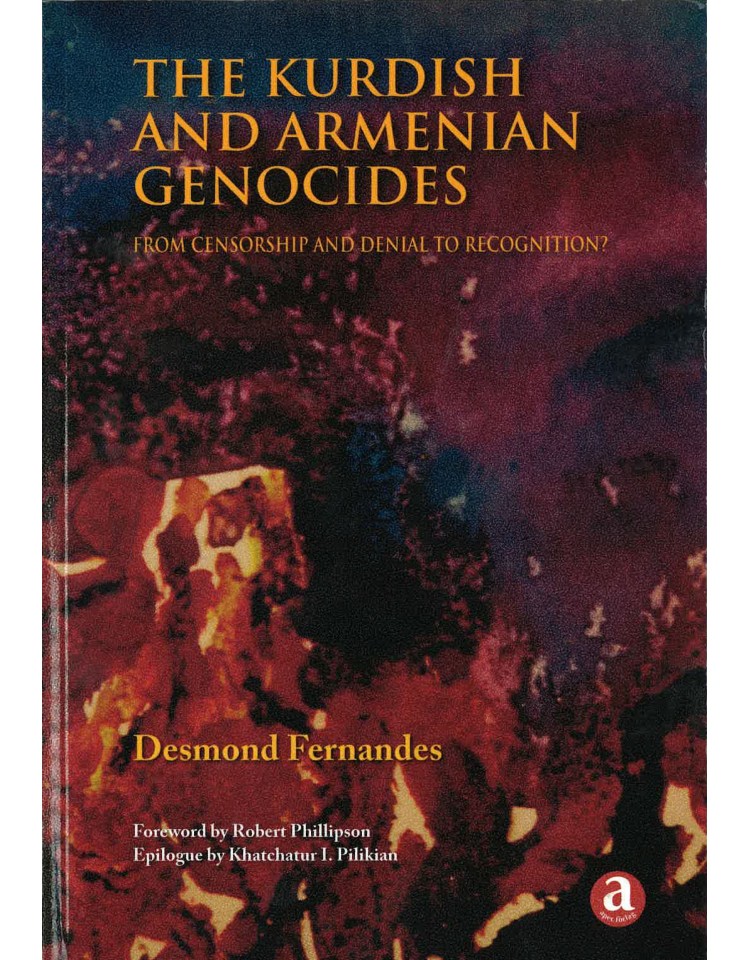 The Kurdish and Armenian Genocides

Turkey's repression of the Kurds has been widely documented - and is acknowledged as a major obstade to Turkey's accession to the European Union. But what lies behind such repression? Fernandes confronts the issue head on, forcing the reader to probe a question that many in Turkey and elsewhere would rather avoid: does the systematic repression of the Kurds amount to genocide? Open discussion of this issue is critical if a long-term resolution of the Kurdish issue is to be achieved - Nicholas Hildyard, Policy Analyst.

Tue book is an exceptionally important read for anyone with a broad interest in human rights and social justice. lt has a scholarly account of the historical background to the present awful situation ofT urkish Armenians and T urkish Kurds. In particular, the book provides a powerful comparative analysis of the policies of the US, Israel and Turkey in terms of their rationale for labelling human atrocities as genocide - Dr. Julia Kathleen Davidson, Research Fellow, Faculty of Education, University of Glasgow and Membership Secretary of Scotland Against Criminalising communities (SACC).

In this important book, Desmond Fernandes exposes ehe details of the sordid and largely hidden role of Israel and the US Israel Lobby in preventing Congress from recognizing the Turkish genocide of the Armenians - Jeff Blankfort, Former Editor, Middk Bast Labour Bul.ktin.

Among its Cold War victories the United States certainly succeeded in its ambition to make the world safe for nationalism. As identity politics is reprocessed as a function of global capital, and rehabilitated as its natural ally, Desmond Fernandes documents the fractured consequences of the ready-made social fantasy - Variant: Cross Currents in Culture.

Fernandes' painstaking investigation sheds much needed light on the collusion between the Turkish State and the Israel lobby in preventing recognition of one of the darkest episodes of the past century, the genocide of Ottoman Turkey's ethnic Armenians - Muhammad ldrees Ahmad, Spinw,itch.

Desmond Fernandes writes for those who spoke the truth and were murdered, those who spoke 200 days ago and are still imprisoned, and for those who live in terror and in silence, or who meet in nameless buildings, so that the words 'GENOCIDE: ethnic deansing, or the Turkish military word 'TEMIZLEME: may be heard as a siren call for the muted victims of the T urkish state - Diamanda Galas, Composer and Performer of Songs of Exik, Vena Cava, Schrei X, Plague Mass and Defixiones, Will And Test11ment.

Desmond Fernandes is a policy analyst and former Senior Lecturer in Human Geography and Genocide Studies at De Montfort University, England. He has published widely in a number of journals and is co-author of Genozid an den Kurden in der Türkei? - Verfolgung, Krieg und Zerstörung der ethnischen Identität (2001, Medico International, Frankfurt). Forthcoming titles by the author indude The Kurdish Genocide in Turkey and US, UK, German, Israeli and NATO 'Inspired' Psychological Warfare Operations against the 'Kurdish Threat' in Turkey and Northern Iraq, due to be published by Apec Press, Stockholm. Front cover: 'Dersini by Gabriella Petra de Rosa.